1st December 2022: The cold, winter air of Bloomsbury bristles with contradiction as I stride through the gates of University College London to the Stone Centre’s inaugural public lecture by Philippe Aghion. Christmas lights glimmer on trees and the marble pillars of the Portico tower over me. Majestic. Ostentatious. But a sharper eye sees the posters that cling to walls, benches, and doors. Why We Strike. Pay and Working Conditions. Why We Are Socialists. We Have Reached Breaking Point. As I wander into the Gustave Tuck Theatre, I find myself thinking that this evening’s lecture could not have come at a better time.

The crowd’s excitement is palpable. An electric buzz of animated chatter hovers over the room. The audience seems to me a sea of giants— academics, authors, and journalists. Names I have only encountered in papers, textbooks, and news articles — come to life before me.

Professor Wendy Carlin, Co-director of the Stone Centre, and Henry Curr, Economics Editor at The Economist and chair of the lecture, introduce Professor Aghion who takes the stage with captivating enthusiasm.

Years past often carry important answers to contemporary debates. Aghion thus starts with the mystery of the US' low 21st century growth rate. The IT sector, he contends, explains this secular stagnation. The late 20th century saw the emergence of firms in this sector that accrued innovation rents, expanded rapidly, and over time became so large as to deter entry. With little fear of competition, their incentives to innovate dwindled, resulting in a reduced growth rate. Competition policy, Aghion asserts, had not adapted to a digital era.

Contrary to the opinions of some of his contemporaries, Aghion argues that innovation is not responsible for rising societal inequality. With chart after chart, he demonstrates that while sizable innovation rents increase the share of wealth of the top 1% of the population, they do not influence the Gini for the remaining 99%, and in fact increase social mobility by releasing labour from unproductive sectors and providing rewards for innovating in new areas.

He has successfully shown that innovation — often brought about through effective competition policy — is a key driver of growth, but does not come at the cost of widespread inequality. Having viewed antitrust as a staple of microeconomics, I am fascinated by its macroeconomic implications.

Aghion now turns his attention to questioning policy ideas entrenched in contemporary economic thinking. “I love killing bad ideas,” he gleefully declares, and the slides of his presentation race on.

With a jovial reference to his “love-hate relationship with Daron Acemoglu,” Aghion introduces his qualms with taxing robots to sustain employment. Indeed, he questions the very claim that employment and automation are at odds. His research, drawing on data from France, finds that innovating firms increased employment to keep up with increased demand.

Next up: degrowth as a solution to the climate emergency. Aghion is not amused. He quickly concedes that temperature rise bears a striking correlation with industrialisation, but pragmatically asks us to consider if we’d enjoy a return to the 18th century lifestyle, without the comforts of modern medicine and technology. A collective shudder passes through the audience at an invitation to imagine visiting a 1700s dentist.

Degrowth discredited, he presents an alternate solution: strong civil society — in the form of consumers lobbying for socially responsible business behaviour — supported by effective antitrust regulation to ensure sufficient competition for firms to bow down to the demands of the consumer.

Capitalism Reimagined: "I am an Optimist"

The future of capitalism, Aghion argues, lies in the realisation that innovation and inclusivity are not a zero-sum game. While the US is famed for innovation and Europe for social security, it needn’t be one or the other.

Denmark’s Flexsecurity, wherein laid-off employees receive up to two years’ worth of pay and government-sponsored training until they find a new job, provides an example. The safety net of pay supports those displaced by past innovation, while training stimulates future innovation. Education and competition, Aghion suggests, yield similar results.

The showman rests his case, and the auditorium thunders with applause.

A question-and-answer session, deftly moderated by Henry Curr, follows. Topics range from good inequality and the digital economy, to a global framework for innovation and Aghion’s ideological disagreement with Thomas Piketty.

Amidst the clinking glasses at the evening’s drinks reception, I think back to my walk to the lecture theatre. Armed, however, with 80 slides worth of takeaways from a lecture like no other, and surrounded by a battalion of intellectuals committed to socio-economic good, I cross my fingers. The poster’s promised breaking point, I hope, may be averted yet. 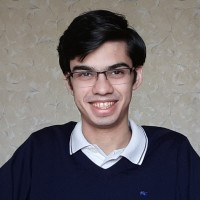 Would an increase in the tax produce higher tax revenues for the government or will this incentivise individuals to change their behaviour by reducing savings or increasing tax avoidance and evasion? Stone Scholar Linda Wu presents her doctoral research, addressing this question with Taiwanese data.

Stone Centre PhD Fellows Joern Onken and Thomas Lazarowicz introduce themselves, their research, and their ideas to produce CORE Econ educational materials with the support of the Centre.

Stone Centre PhD Fellows Joern Onken and Thomas Lazarowicz introduce themselves, their research, and their ideas to produce CORE Econ educational materials with the support of the Centre.

View all news and blogs